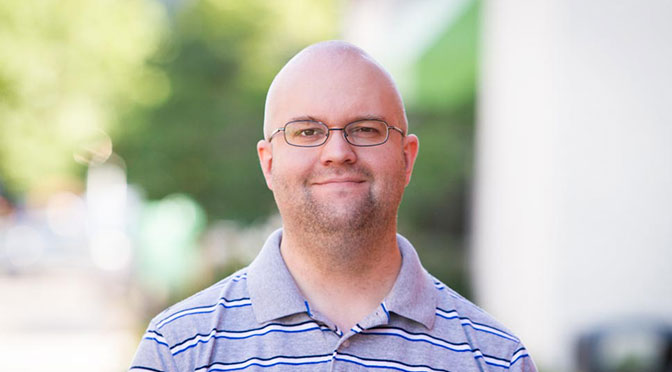 When working on a project where we need to run software that typically runs on another operating system, virtualization can be a very useful tool. On macOS, VMware Fusion is an excellent choice for this; it has many time-saving features, and its compatibility is top-notch—especially if you need to run Windows or macOS itself in a VM.

By default, Fusion provides several basic virtual networking options that can satisfy most requirements. If you need a little more, customization is fairly easy, though undocumented—and information on how to customize is scattered. The Pro version has a network editor, but if you don’t need the rest of what that version offers, or you’re just curious how VMware Fusion networking works, this article can help you.

Out of the Box

A brand-new VMware Fusion installation (8.5.4 at the time of this writing) offers a handful of networking options:

In my case, the latter option was what I went for first—but it didn’t turn out to be quite what I’d hoped for. The virtual machines I was using were already configured to talk to each other using their own IP address scheme and could see each other just fine over vmnet1—virtual networks don’t care what protocols you use over them. However, my Mac could not talk to those machines, as it was using an IP address (issued by the DHCP server Fusion runs by default on that network) that was not in the same subnet.

I found I could make it work temporarily with a quick sudo ifconfig vmnet1 10.0.0.128, but the next time Fusion restarted, the Mac’s configuration had reverted. That didn’t stop the DHCP server, either, which could have caused problems if a virtual machine tried to use it!

The key to customizing Fusion’s networking is the directory /Library/Preferences/VMware Fusion. In there, you’ll find a file called networking, which is the master configuration file for Fusion networking. You can edit this file with sudo when Fusion is shut down (which also tears down any virtual networks); changes will be picked up and applied the next time you start Fusion.

A brand-new networking file looks similar to this:

In this file, the VNET_1 answers correspond to vmnet1, the included host-only network, and VNET_8 is for vmnet8, the NAT network that all virtual machines that need Internet access use.

I recommend you don’t change either one of these networks’ configurations. Instead, you can add your own networks, supplying new answer directives by adding lines for VNET_2, VNET_3, and so on. You can make additional networks past VNET_8, too—just skip to VNET_9, VNET_10, and so on. (I don’t know how far these go, but I haven’t run out yet!)

In my example, I needed a new host-only network where I could attach my virtual machines. This network would not have DHCP, and I would want my Mac to have a fixed address on that network. I added these lines to networking, which—once the virtual machines were configured appropriately—allowed my Mac to talk to the other virtual machines (on 10.0.0.1 and 10.0.0.253, in the 10/16 subnet):

Writing Your Own Configuration

VNET_n_DHCP
Set to yes if you want Fusion to run a DHCP server on this interface. For most custom configurations, you won’t want this, but if you’re just trying to isolate virtual machines on their own network without any pre-existing configuration and would find DHCP handy, by all means turn it on!
VNET_n_DHCP_CFG_HASH
Used by Fusion to track the DHCP configuration files it writes out. I am not entirely sure how this works, but I haven’t had to change it.
VNET_n_HOSTONLY_NETMASK
The subnet mask for the interface.
VNET_n_HOSTONLY_SUBNET
The subnet address for the interface. If you’re using DHCP, this and the mask will be used to figure out how to configure it.
VNET_n_NAT
Set to yes to provide NAT for virtual machines on this network so they can access your Mac’s real network interfaces.
VNET_n_VIRTUAL_ADAPTER
Set to yes to put your Mac on the virtual network. If you want virtual machines to communicate with each other but not your Mac, then don’t use this.
VNET_n_VIRTUAL_ADAPTER_ADDR
Set to the fixed address you want your Mac to use on a virtual network. If you don’t use this, your Mac will use DHCP if available (Fusion will give it a fixed lease), or the first available address in the subnetwork.

If these aren’t enough for you, you can also peek into the vmnetn directories that are created and edit some of the network configuration files, like dhcpd.conf and nat.conf. The former may be particularly useful if you want Fusion to give DHCP configurations containing, say, custom name servers. Heed any warnings in the files carefully, though! Fusion’s autoconfiguration can create a confusing situation if you don’t.

Once you’ve got the network configuration the way you think you want it, start Fusion again. If your networks have VNET_n_VIRTUAL_ADAPTER on, you’ll be able to see them when you run ifconfig -a. If you want to add additional virtual network adapters to your virtual machine, you’ll have to shut it down. You can then use the “Add Device…” button to add as many as you need—or at least eight, which is where I stopped trying.

Once your virtual machines are running, you should be able to ping them both ways, assuming no firewalls are in play. And if that works, you should be good to go.