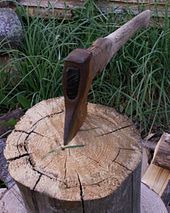 Occasionally, a subversion repository may start to become too large and cumbersome to work with easily. If the repository contains a large amount of data, it may take a great deal of time to perform certain operations, such as checking out the entire repository at once. It may make sense to split the repository to isolate the more frequently modified files or directories — especially if they serve different purposes.

For example, let’s say we had a repository named repo1 with the following structure:

trunk/project_a may contain fewer files which are more important, and modified more frequently. By comparison, trunk/project_b may contain a very large number of files, take up a lot of space on disk, and be rarely modified.

The more appropriate solution is to make use of some specific svnadmin commands and utilities to gather only the required data, and then use this consolidated data to create two new repositories: repo1_new and repo_2. repo1_new will replace the existing repo1. The creation of a new repo to replace repo1 is only necessary to remove trunk/project_b data from the existing repository.

Note: It’s a very good idea to back everything up before you begin. It would be a good idea to temporarily make the affected repositories read-only so that commits or other data are not lost. Communicating changes in the repositories to users before-hand may prevent unhappiness and confusion.