At Atomic Object, we like to keep things simple. For Justin and I, this often means using [Puppet Standalone](https://spin.atomicobject.com/2012/07/26/standalone-puppet-with-capistrano/) or Chef Solo to configure servers that don’t yet (and may never) require the coordination of a Puppet Master or Chef Server. Justin recently blogged about the [pattern we use with Chef Solo](https://spin.atomicobject.com/2012/12/18/chef-solo-with-capistrano/). I’m going to share a new tool we’ve started using to keep these repositories simple, even as the requirements grow.

As a server configuration repository grows beyond a single monolithic recipe, we refactor it to use several cookbooks [like Lego building blocks](http://sysadvent.blogspot.com/2012/12/day-13-configuration-management-as-legos.html). Some of these are “weird blocks” specific to the individual needs of a particular server, but some of them are “base blocks” serving a more generic role.

Oftentimes these base blocks have even been [implemented already by Opscode](https://github.com/opscode-cookbooks) or by [others in the Chef community](https://github.com/search?q=cookbook). If we re-use the same base blocks over and over for multiple servers, it doesn’t make sense to manually copy those files into each repo every time. There must be a better way.

[Ermahgerd](http://knowyourmeme.com/memes/ermahgerd)! There is! Cookbooks are Chef’s analog to Ruby’s gems, and **[Berkshelf](http://berkshelf.com/)** lets you treat your cookberks — err… **cookbooks** the way you treat gems in a modern Ruby project. Just put all of your fravrit — ahem, **favorite** cookbooks in your Berksfile, add `gem “berkshelf”` to your Gemfile, `bundle install`, `berks install`! It gives me _gersberms_. 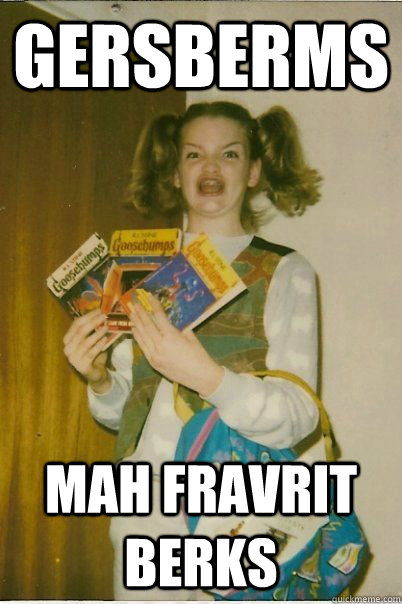 ## Base Blocks on Your Berkshelf

Seriously though, Berkshelf really does make managing cookbooks easy. Once you’ve installed the berkshelf gem (via your Gemfile with its counterpart, bundler, or with a simple `gem install berkshelf`), you can run `berks init` to generate an empty Berksfile (and .gitignore, Gemfile, and Vagrantfile) to get you started.

Adding cookbooks to your Berksfile follows the same pattern as gems in a Gemfile: e.g. `cookbook “database”, “1.3.6”`. Whereas with bundler your Gemfile probably has `source :rubygems` at the top, your Berksfile will have `source :opscode`.

When you run `berks install`, Berkshelf installs the cookbooks specified in your Berksfile to your “Berkshelf” usually in `~/.berkshelf/cookbooks/`. This works well if you’re working with a Chef Server, but if you’re using Chef Solo the way we do (tarring up all of your server config and scp-ing it to the server using Capistrano), you’ll be happy to know that Berkshelf, like bundler, has an option to “vendorize” the cookbooks in your Berksfile. Simply run `berks install –path chef/cookbooks` or wherever you’d like to put them.

This works great for Opscode-provided cookbooks, but what about other cookbooks you find on github? No problem — just provide a path to the git repository and Berkshelf will take care of things.

You can even specify a branch or tag:

You could also use the new shorthand for repositories hosted on github:

## Weird Blocks on Your Berkshelf?

All of this makes it really easy to get those base blocks in place. But what about our weird blocks? Do they just get mixed in with all the other ones in `chef/cookbooks` that Berkshelf is managing for us?

I’ve [forked Justin’s repo and added Berkshelf](https://github.com/englishm/chef-solo-pattern) so you can see what it looks like in action.

One thing you’ll notice is that not every cookbook is listed in the Berksfile. That’s because Berkshelf will resolve dependencies specified in a cookbook’s `metadata.rb` file.

I also added a `berks:install` task to Capistrano and made sure that it gets executed as the first step of the `chef` task so that our “vendorized” cookbooks will be copied to the server we’re provisioning. You can see the diff for that [here](https://github.com/englishm/chef-solo-pattern/commit/be2f10c39914a83e6c9c55b0ff37403515221a68).

Finally, you’ll notice a fair amount of churn in Gemfile.lock. I had to run a `bundle update` to get Berkshelf to install. It happens to be one of the gems trying to juggle some rather complex dependencies which include the notorious json gem. Be aware that you may also have to `bundle update` or manually juggle a few dependencies in order to add Berkshelf to your project.