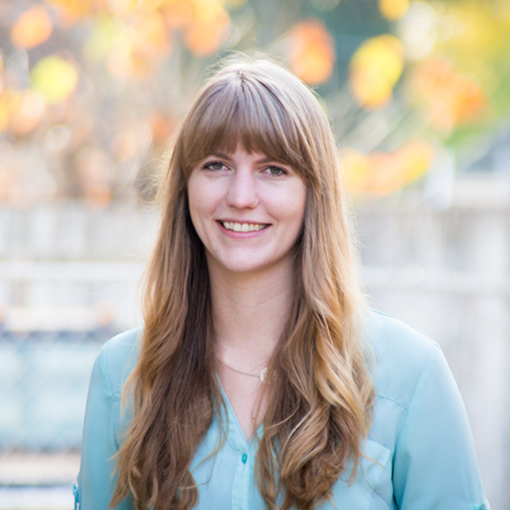 The various meeting spaces in Atomic’s new building will be named after designers and developers we value for their contributions to their fields, and to our history as a company. As renovation on our building continued, we realized we had an additional room to name. Atomic’s last meeting room is named after the little-known group of women who programmed the ENIAC—the world’s first all-digital, Turing-complete, general-purpose computer.

Carl and Lisa whittled down the list of submitted names from 40 to eight. How did they decide? Carl describes their approach as follows:

“I took a broader perspective and considered the people behind technologies, institutions, ideas, and systems that were highly influential over Atomic, early Atoms, the work we do, and the (computing) world we live in.”

For example, they chose Kent Beck, author of Extreme Programming Explained, for his work in agile development and the ideas we adopted from him that set Atomic Object apart.

When I realized we had one extra space to name in the new building, I searched for someone to fill it. Carl and I had originally discussed naming it after Ada Lovelace. For a couple of reasons*, I decided to search for other names. I looked for other women in computer science, as female role models in our field are unfortunately scarce. After recalling a picture of a room-sized computer from the 1940s with several women, and having recently received a copy of The Innovators from my boyfriend, I decided to research the ENIAC and the women who programmed it.

The ENIAC (Electronic Numerical Integrator and Computer) was the clunky, incredibly buggy predecessor to the general purpose computers in everyone’s lives (and desks, and pockets) today.

When the ENIAC was unveiled after World War II, it captured the public’s imagination. Inventor John Mauchly presented it in sci-fi fashion, taping halves of ping-pong balls over the lights for dramatic effect. He claimed computers were a ticket to “better living,” even promising they would one day lower the price of bread.

Used during World War II to calculate artillery trajectories, the ENIAC was 1,000 times faster than similar electromechanical machines and 2,400 times faster than a human at calculating a trajectory. John William Mauchly (who would later go on to develop the UNIVAC I) and J. Presper Eckert designed the ENIAC with a number of engineers.

The ENIAC wasn’t a stored-program computer. Instead, it was more like a collection of electronic adding machines controlled by a web of electrical cables. It had to be programmed by plugboard wiring and three “portable function tables” for entering tables of numbers. This was done by setting 1,200 10-way switches on each portable function table.

This work was given to a team of six women: Jean Jennings, Marlyn Wescoff, Ruth Lichterman, Betty Snyder, Frances Bilas, and Kay McNulty. World War II left the United States with a shortage of male engineers. As such, the Army posted job descriptions for women “computers,” who would calculate artillery trajectories by hand. These six women were selected out of a group of “computers” to work on a top-secret project.

It was very much a sink-or-swim situation. After six weeks of training at an Army base, they were given the blueprints to the ENIAC and the wiring diagrams for all of the panels. They were told to “figure out how the machine works and then figure out how to program it.”

Programming required analyzing differential equations, determining how to patch the cables to connect to the correct electronic circuits, and setting the thousands of 10-way switches. The women physically hand-wired the machine, an arduous task using switches, cables, and digit trays to route data and program pulses. After a while, the women earned the trust of the ENIAC engineers and gained the mentorship of John Mauchly.

As mentioned earlier, the ENIAC was really buggy. The machine used nearly 18,000 vacuum tubes, which burned out at a rate of almost one per day. Learning the ENIAC from diagrams allowed the women to become intimately familiar with the machine. They wrote up a system to figure out which vacuum tubes had burned out and took meticulous notes on their programs.

“Since we knew both the application and the machine, we learned to diagnose troubles as well as, if not better than, the engineers. I tell you, those engineers loved it. They could leave the debugging to us.”

The ENIAC programmers’ work included the development of concepts like subroutines and nesting. Jean Bartik would later lead a team to turn the ENIAC into a stored program computer in the late 1940s.

After the war ended, the women continued to work on the ENIAC. Their expertise made their positions difficult to replace with returning soldiers. The original programers of the ENIAC were neither recognized for their efforts, nor known to the public until the mid-1980s. Kathy Kleiman, a young computer programmer, came across an old picture of the ENIAC while working on a college project. Kleiman inquired about the women in the picture. A representative at the Computer History Museum told her they were “refrigerator ladies”–models who were only in the photo to make the product look good. In her own research, Kleiman discovered who these women were. Her research evolved into meeting and interviewing the women and founding the ENIAC Programmers Project.

While the technical details and pictures of vacuum tubes are impressive in their own right, my favorite part about the six ENIAC programmers was the human side of the story. The six women represented a broad range of perspectives and backgrounds, and they formed close friendships. Wescoff and Lichtermann were Jewish, Snyder was a Quaker, McNulty a Catholic, and Jennings a Protestant.

Jennings recalled their diversity in an interview:

“We had a wonderful time with each other, mainly because none of us had ever been in close contact with anyone from one of the others’ religions. We had some great arguments about religious truths and beliefs. Despite our differences, or perhaps because of them, we really liked one another.”

In addition to working side by side, these women spent a great deal of their personal lives together. When programming, they often worked in pairs (as we do at Atomic). Several of the friendships between the women of the ENIAC lasted a lifetime.

The story of these ENIAC programmers working together is what I hope Atomic Object continues to embody: people from different backgrounds working together and solving problems despite (or because of!) their differences—appreciating and respecting a broad range of perspectives and growing together technically and socially.

With this story in hand, I approached Carl about renaming the extra space after the ENIAC. To honor these women’s contributions to our field and the diversity and camaraderie we hope to emulate, Carl suggested a room name focusing on the ENIAC programmers rather than on the machine itself—the ENIAC Six. *We originally discussed naming a space after Ada Lovelace, who is widely credited as being the first computer programmer. She translated a paper on Charles’ Babbage’s Analytical Engine, including several pages of her own notes. Note “G” is a program that generates a sequence of Bernoulli numbers. This is said to be the first computer program, making her the first computer programmer. Some people say that her notes on the translation are not original, casting her status in doubt. I was unable to definitively prove it one way or the other (in the given time, at least). Due to this, and her story taking place more than 150 years in the past, I began to look for someone closer to Atomic Object’s timeline.

When Working Remotely Fails in Practice