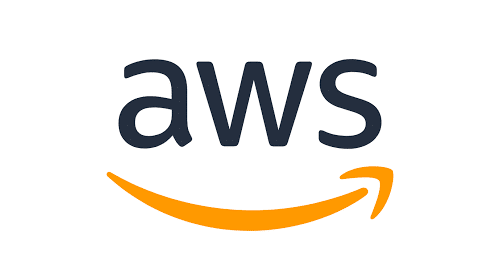 Hosting your cloud infrastructure on AWS in a more protected environment can strengthen the security of your infrastructure. That’s what an Amazon Virtual Private Cloud (VPC) is for. It creates an isolated slice of the cloud within which you have control to manage your own network.

But it also means you’re now required to manage that network and deal with the occasional interactions and limitations when combined with other AWS services. The following are a few considerations to keep in mind when using an AWS VPC.

When is the last time you needed to work with route tables? Network address translation (NAT) tables? Allocating IP address ranges to subnets? Managing ingress and egress access to the internet?

It can be a bit daunting to step into a VPC setup if you haven’t done much network administration. And even if you’re familiar with it, there is quite a bit of additional configuration to track and manage.

Good tools make it manageable. (You are using CloudFormation, Terraform, or something similar, right?) And the AWS console at least makes it reasonable to walk through the different parts of the configuration.

2. Not All AWS Services Enjoy the Same Level of Support

AWS introduced VPCs in 2009, targeted at creating a private network for a set of EC2 instances. They’ve added support to many other AWS services over time, but not all of them enjoy the same level of support as the original EC2 service.

A few of the restrictions we’ve run into include:

When you lock down access and have multiple subnets, it gets more complicated to figure out why things go wrong. Here are some tools that helped us get on the right path.

(Ours is in a fixed subnet, but you could easily stand up instances in different subnets to test the source and target of a troublesome connection.)

Flow logs are the best way to get visibility into existing traffic inside your VPC. They help identify problems with security group access rules or ACLs. Unfortunately, they’re less helpful for routing problems because they don’t show all traffic; things like DNS and DHCP are excluded.

To make sense of your data:

The AWS New Blog has a guide on how to enable flow logs.

A Linux EC2 Instance in the VPC

Sometimes you just need someone on the inside. We stood up a simple Amazon Linux EC2 instance and opened up SSH to the host. We use it to launch other tools, including:

If you want to prove that security group rules are the problem, relax the rules. Allow all ports inbound and outbound. This is especially helpful in classifying a problem as a security group problem or a routing problem.

After you relax the rules, try walking through your problem again, revisiting the troubleshooting tools we reviewed above. If your problem vanishes, then congratulations! You’ve identified a problem with your security group configuration. You can start turning the restrictions back on one-by-one until you have problems again.

An AWS Virtual Private Cloud (VPC) can provide a useful way to group resources together in a more protected environment. But as with most security measures, it comes with its own particular management needs.

I’ve found VPCs helpful when we need to connect to a client’s on-prem resources via Direct Connect or when there is a set of resources that are worth hiding behind the enhanced privacy that the VPC provides. They have been worthwhile in those scenarios and are much easier to work with when you know the limitations and have the right set of tools.