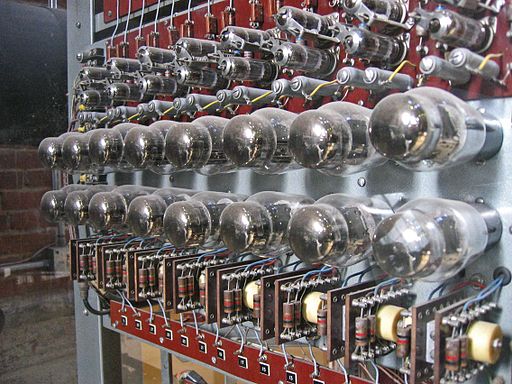 Automated testing is an essential part of every development project we undertake at Atomic Object. In the past year, I have worked on multiple iOS applications in Swift. Here are four things I’ve discovered that make unit and integration testing more convenient and flexible.

Most applications that are reasonably complex contain asynchronous code. A common pattern is sending non-blocking HTTP requests out to a remote API, then taking some action when the requests come back. Two approaches I’ve used in these scenarios are callbacks and NSNotificationCenter messages.

The above code sets up an expectation, then calls the asynchronous function apiRequest(). Finally, we follow up with waitForExpectations. If expectation.fulfill() is not called within the timeout’s timeframe (in this case, two seconds), the test will fail with the defined description in the test runner. Very simple!

Another common pattern I’ve used in app development is to send out a message using NSNotificationCenter in response to an “interesting” event. waitForExpectation also supports this case:

In the above snippet, we create the expectation that a notification with the identifier SomeKey will occur, then call code that should trigger the notification. After the notification has occurred, the test code passes through the blocking waitForExpectations method and continues. I have used this pattern to test that my application responds correctly to notifications that are triggered by asynchronous background events (e.g., polling an API).

In the above code, before launching the app in a UITest scenario set, append a string telling the application that we’re in a testing mode (the string could be anything). Then, in our AppDelegate.swift, we can test for the presence of that flag and set things up to specifically facilitate testing:

If ProcessInfo.processInfo.arguents contains the special string, we can react to the fact that the app is running as a UITest. I’ve used this to do things like bypass required authentication steps for apps that require logins.

Unit testing our UIs in iOS often boils down to calling code, then making assertions on UI component state (e.g., testing if a button is enabled or not). But what if we want to check if a custom UI element is showing the correct image given various inputs? I have come across this scenario when developing a custom “mutli-select” component that showed checkboxes and displayed a “checked” or “unchecked” image. The images are included in the app’s Assets.xcassets file.

In this case, the UI had to display checks based on a data model that wasn’t explicitly tied to the custom control, and I didn’t want to add state to the UI component just to facilitate unit testing. I found a nice workaround using UIImagePNGRepresentation, which returns Data that can be deeply compared against other Data.

The above snippet tests that a cell containing a UIImageView called uiImageView is actually displaying the image checkboxChecked initially, then after toggleCheckbox is called, the image view is displaying the image checkboxUnchekced. Using UIImagePNGRepresentation, we can convert a UIImage to a Data object that is directly comparable to other Data objects (as opposed to comparing UIImage instances, which will be references in this case and not match).

This last tip is not really specific to Swift, but more of a PSA for developers who find Apple’s UITest framework difficult to use. Personally, I have had trouble remembering the various selectors and how to access UI elements without the help of accessibility identifiers–which aren’t always available in dynamic UIs. Thankfully, Apple gave us a nice way to record a test automatically within a UITes. It’s a small red button located in Xcode’s debug navigator:

Clicking the red button will launch the app and record–in UITest code–the actions that the developer takes interactively. After you carry out the operations you wish to test, the code that was recorded can be tweaked and refactored into an actual test case. This approach is also nice when trying to discover how to select dynamic UI elements on the screen when Apple’s documentation isn’t helping.

These are just a few of the tools I’ve used to make life a little easier and code more correct. I’d love to hear other approaches you have used for testing iOS applications in Swift!